Skip to content
August 9, 2017
admin
Console
Xbox One S vs Xbox One

When it claimed to be the “most powerful” games machine yet. Microsoft has officially unveiled the Xbox One after that they also released the newer one Xbox One S with the price yet to be revealed, but we know the internal specifications, which put it very much as a premium machine over the existing Xbox One S. Whether you are trying to decide which console might be your first step into next-gen gaming or choose whether an upgrade is a worthwhile cost, you will have no worry since we are here helping you weight up the feature of Xbox One vs Xbox One S. We are breaking them down also to tell you which is the best for your gaming needs.

About Xbox One S
The Xbox One S claimed was the smallest One Xbox ever released by Microsoft with body size 40% smaller than the Xbox One standard. Although the dimensions of the smaller console, but Microsoft added some interesting features on the Xbox One S, such as supporting full 4 k resolution and can play movies with bluray format. Whether that’s all feature enhancements? Apparently not! Microsoft also added a feature HDR can be used both for game playing or recording video. In addition, the USB port is also moved to the front of the console so that it is more accessible to players plus plus also with a sensor IR (Infra Red) for a variety of uses such as turning on a TV or satellite TV decoder. Space to store One S Xbox too narrow? Do not worry because the Xbox One S also supports the use of vertical stand so you can use it in standing position.

Not just the console unit is getting a lot of upgrade and smaller. The Xbox One S is also equipped with a controller with a new grip design as well as support the use of a bluetooth connection. The price is also not too far away with the Xbox One standard version, in which the console will be present in three variants with three different hard drive capacities. First, there are two standard edition which comes with a hard drive 500 GB and 1 TB. Then there is also a version with a larger capacity, 2 TB is equipped with vertical stand.

About Xbox One
The Xbox one US equipped with a green box, a console, headset adapter, hdmi, 110v, kinect and 1 controller. This console includes heavy because its great. Weighing up to 10 kilograms. The Xbox One has a fairly simple design, the latest console from Microsoft has the shape of a box that looks very sturdy and solid. The casings are coated finishing half smooth and half the slick also adds a modern impression of the console. If the PS4 could be represented as the writing with italic effect, then the Xbox One can be represented as the writing with the bold effect. In terms of design, Xbox controller One cursory look doesn’t vary much with controller Xbox 360, its predecessor. The Xbox One has Xbox Live service already exists since the year 2002. This service is more or less the same as the PlayStation Network, even though few people admit to if for connection, Xbox Live can be more reliable than the Sony service. 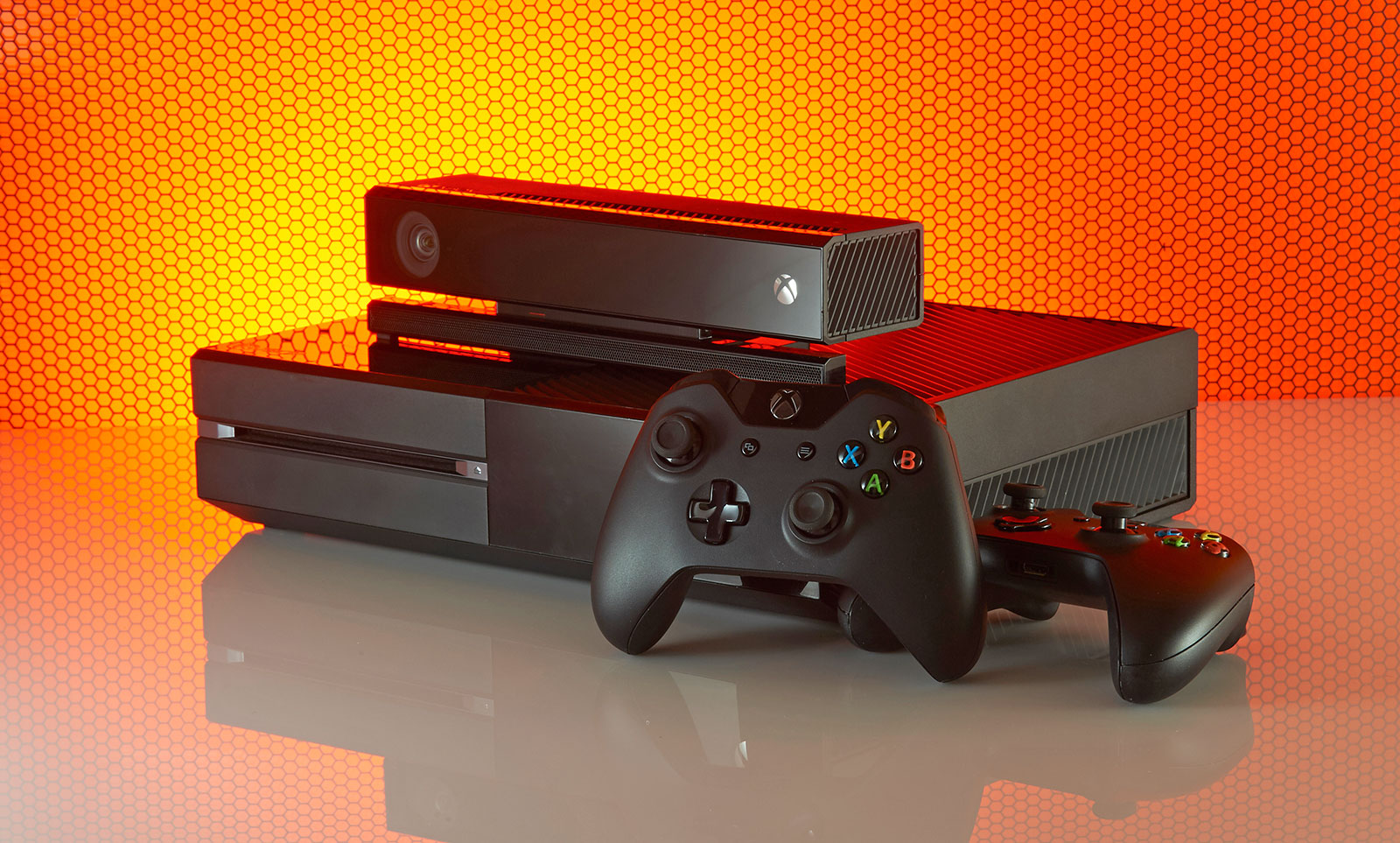 Features
For Xbox One S vs Xbox One, the features comparison is very important. The Xbox One S is Microsoft consoles which are already equipped with bluetooth and a 3.5 audio jack also. The existence of this bluetooth then connects to the pc and hp like android becomes easier and cheaper than using the XBOX wireless ONE price is still dikisaran 400 thousand. Unfortunately the use of bluetooth itself there are some constraints. The first bluetooth used must be version 4.0 and above, I tried using version 2.0 and always failed pairing. Second, bluetooth can only be used on Windows 10 and must be updated to Anniversary Editon, for Windows versions below should use the dongle Microsoft or using data cable (cable used on the charger HP android). Third, the use of bluetooth does not support with a 3.5 audio jack so to use it should use a data cable or dongle Microsoft. These controllers use two AA type batteries as a source of energy. The battery itself is claimed to able to survive a 30 hour game.

While the Xbox One has a fairly simple design, the latest console from Microsoft has the shape of a box that looks very sturdy and solid. This console has a size of 33.3 cm x 27.4 cm x 7.9 cm (length x width x height). The Xbox One offers capacity hard disk of 500 GB, 8 GB RAM, and Kinect 2.0 and you can add external storage via USB port. The Xbox One CPU features custom Jaguar octa-core AMD-made 1.75 GHz speed and have the power of the GPU that is on par with the Radeon HD 7790. Game consoles Xbox One also already have digital voice assistant service settings and features of the Xbox One. Cortana itself has the look of the UI and behavior that is similar to the desktop version of Windows 10. The display interface of the Xbox One is nice and perfect. There is a nice also with Kinnect motion sensor more sharply. In addition kinnect can track the motion of up to six people back, the launch LineUp is also good. Feature Video Sharing becomes easier with the provided memory capacity is quite large i.e. amounting to 500 GB. You can read also in Xbox One vs PS4.

- Play games like Titanfall and Halo on a network powered by over 300,000 servers for maximum performance
- The most advanced multiplayer on Xbox Live with Smart Match to find new challengers
- This item includes the Xbox One console, 1 wireless controller, HDMI cable, and power supply
- The best exclusive games, the most advanced multiplayer, and unique entertainment experiences
Best Price Click Here

Conclusion
In conclusion about Xbox One S vs Xbox One, there is no doubt the Xbox One S is a better all around console than Xbox One. Not only on its slim down the original console’s bulky frame, the Xbox One S also comes with a load of features that make a better desirable device. For example, you will get a 4K Ultra HD Blu-ray player. Second example is, you will be able to stream 4K at the proper 60 Hz in HDR from apps such as Netflix and Amazon Prime Instant Video. Moreover, there is a slight performance boost. The console advantages from extra processing power, too. Maybe it is not worth it for most Xbox One owners if you do not even care about 4K video, but it looks like a great upgrade if you fancy getting into Ultra HD Blu-ray. And if you don’t already own an Xbox One, the smaller size and good features make it very tempting indeed.