Razer is one of the most convenient options when it comes to gaming peripherals because they are well-known to offer good quality products and stylish too when it comes to appearance. For those who are aiming to get good looking but also reliable gear, Razer Cynosa Vs Vynosa V2 are two amazing keyboards from the company. They are not as expensive as the flagships so let’s see below about what they can offer and which variant you should go for. 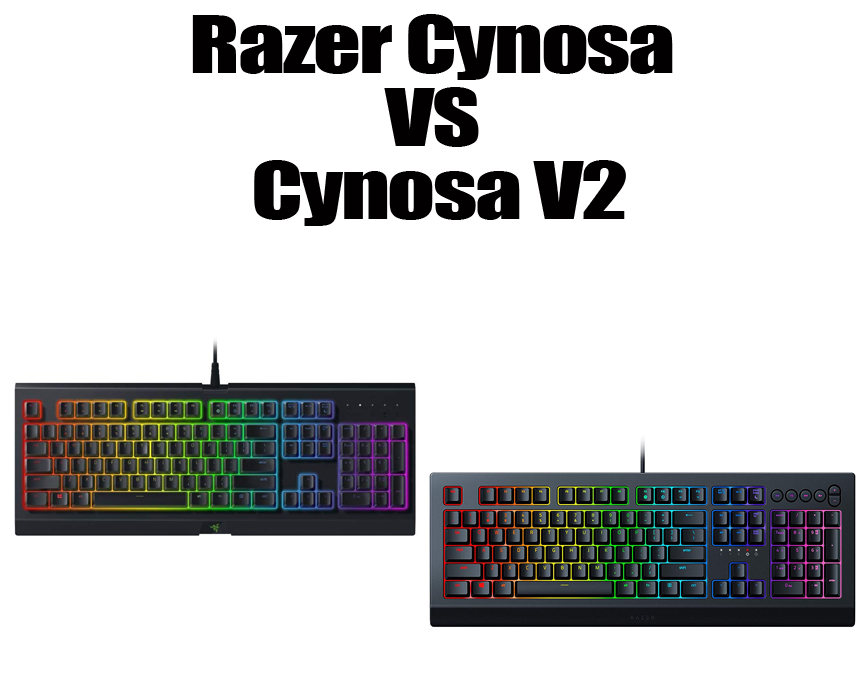 Games are fun and while many of them are playable through your phones now, it is much better to play on a larger setup such as a computer and console. PC gaming especially, is getting very popular because new titles seem to show up every so often and it gives more freedom for the players to choose the type of games or story that they want to play. For PC gaming, we have to own a reliable system as well as the necessary peripherals.

If you are more serious about the game and experience, we can start by upgrading the mouse. Why mouse? Because they are very affordable and also the core of the tools or parts that we are going to use to interact with the game or programs. Gaming mice such as Razer Basilisk V2 Vs Ultimate are promising options with great comfort and capabilities. They are suitable for FPS games where you need to focus on speed and accuracy but still comfy to use for any other common computer applications.

Next is gaming keyboards such as the Huntsman V2 Analog from Razer. Gaming keyboard is also similarly important to a gaming mouse as it is used to interact with the game, firing the commands, and entering the functions that you want to use. The typical keyboards for gaming are mechanical keyboards but some on the budget choice can be made of membrane too. Mechanical switch is light and is very comfortable to press both for games and typing yet, they are also very loud.

What makes a gaming keyboard amazing for most computer applications is the wide spacing because this allows your fingers to press the keys individually to prevent firing something unintended. They are also often in full count which means macros are included and it is very convenient to set command or function whether it is for in game usage or other purposes. They are also the brightest in your setup if you decide to choose one with the more RGB panel.

Lastly, if you still have a budget left, we also like to choose a gaming headset. They are not as prominent as mouse or keyboard in terms of delivering real-life performance but are more on the experience. Most gaming headsets are tweaked to deliver a more prominent sound profile in order to make the gaming effects sound more lively and accurate. It doesn’t always work as what most companies claim to be but at least we are getting a convenient system for team communication and audio quality at once.

About Razer Cynosa and Cynosa V2

If you are here then we assume that you are also currently looking for a new gaming peripheral and this is a keyboard. They are affecting the way players interact with the game and we can easily notice the difference between each press when changing into a new keyboard because from the keycaps, switch, and responsiveness they can vary widely. If you have the budget, we do recommend getting the mechanical keyboard but if you dislike the feeling, there are also lots of softer keys to consider.

Razer itself as one of the most prominent players in the gaming industry carry more than enough to consider. We have talked about their Huntsman V2 in the previous comparison to Apex Pro from SteelSeries but those are flagship models, mechanical keyboards that offer lots for the users. Not everyone likes the noise and feel of pure mechanical keys and if you are one of them, Razer also has the choice to consider. The non-mechanical keyboards are also often cheaper if you are on a budget.

For those who don’t need clicky mechanical keys, the Razer Cynosa and Cynosa V2 are two ideal options to opt for. These models are very similar by being the direct sibling to each other but since the latter is new, it is also quite interesting to see what’s been upgraded into the unit. These keyboards are Razer’s essentials line and while they are far cheaper than the flagship, the two are not exactly cheap as well so you can hope to see a lot from them.

However, when talking about the keyboards side by side in comparison, these Razer Cynosa and Cynosa V2 are not actually far apart and if there are some redesigns, they are minor as well without affecting the way the keyboard performs. What we can see directly is they changed the design a little bit to make Cynosa V2 look cleaner and with some tweaks to make it more convenient too.

Before getting into the core, let’s see the units first and being on the entry-level, we don’t see any metal here like those in Huntsman V2, the keyboards are made of all plastic and the keycaps seem to be ABS as well. If you force the frame, there will be a slight band but we doubt people will do this for the reason of their longevity. These are full-size keyboards measured about 460 mm wide and 65 mm wide or 25 mm tall from the base.

The noticeable difference is that now V2 has a RAZER brand name on the bottom panel in which the older keyboard is embedded with the RAZER snake logo. You will also notice that there are an addition of several keys on the V2 located above the numerical pad and this is preset for multimedia functionalities. In addition, there is a routing channel at the base of the V2 to route the cable and there are two incline settings on both keyboards but the V2 is taller in comparison.

Now for the most important part, let’s see what Razer Cynosa and Cynosa V2 can offer starting from the switch and as it has been mentioned above, these are not mechanical switches and have the rubbery feel. Both keyboards actually feel the same when you press and type with the keys as they are rather mushy or very similar to most generic keyboards that come with your PC. It is not bad but there is nothing special either and for some people they can feel sluggish too.

Our biggest complaint is actually the keycaps because being ABS it is quite slippery and when typing fast our fingers often slip while pressing the keys with more effort. For gaming it may not feel as responsive and for typing, it can cause fatigue faster than typical mechanical keys. But, for the rigidity, we do think they are quite robust or don’t wobble too much except for the space bar. 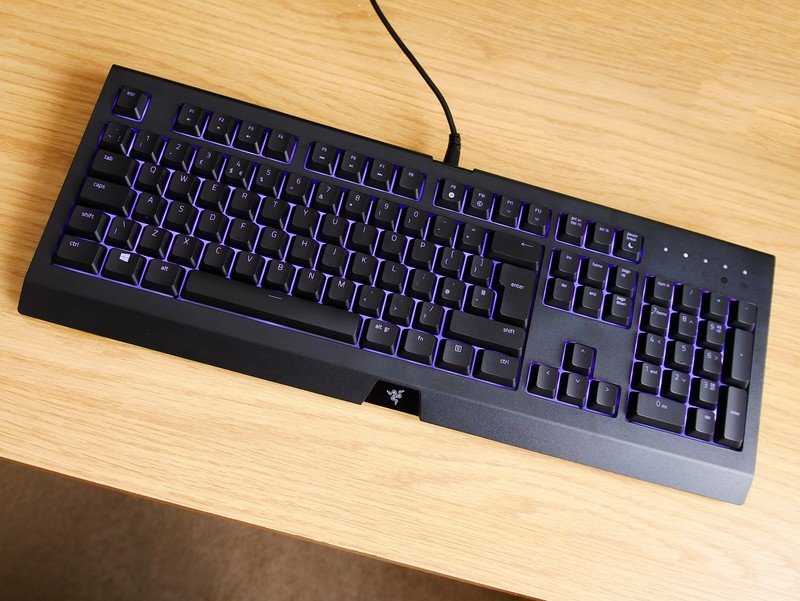 Next for the features that you can enjoy in Razer Cynosa and Cynosa V2, the first we want to mention is the multimedia buttons on the Cynosa V2 so you can control playback using this onboard button conveniently. Second, what’s even better is we can do macro programming as well directly through the keyboard which is only possible through the software on the original Cynosa. The rest of essential features are recorded by Synapse 3 including profiles so if you already have a Razer mouse for example that uses the same software, this is a very easy to tweak system.

Lastly we want to talk about the experience with Razer Cynosa and Cynosa V2 which are more similar than different. The biggest difference is probably because V2 has these additional features which we do love in any keyboard as it is just convenient, especially the volume button as it means we don’t need to check the speaker setting anymore. The ABS keycaps are not the most pleasant because they are quite slippery and it can become quite annoying for some users.

If you love RGB lighting, you will love how bright these keyboards are and in comparison, the V2 is slightly brighter even in the dim setting. Not only the keys, the frosted plastic between them are also light up, making these keyboards look cool or pretty in a dim room.

Both are good options with some slight differences but the experiences are not far apart from each other. The V2 comes with steeper angle or higher feet so it is more comfortable to type but the keys are the same. The V2 also has multimedia buttons for convenience as well as macros setting right on the keyboard instead of just through the software. As for the RGB the two are very bright but V2 can appear brighter even in the dim setting.

The choice is all yours because there is no bad option here. But, if you want more convenience, we highly recommend Cynosa 2 mainly for its multimedia buttons which are very convenient. It also still looks as cool as the original model without the snake symbol.