Mouse is one of the integral parts in your computer setup and when they are not functioning properly, it sure brings a stressful experience including within your gaming time. For those who are looking for reliable but cheap gaming mice, Logitech MX510 Vs MX518 will be a very ideal choice to consider. Both of them are useful for play time and serious job but also slightly different. Before deciding to get one, go check what they can offer and which model will fit your preference better here. 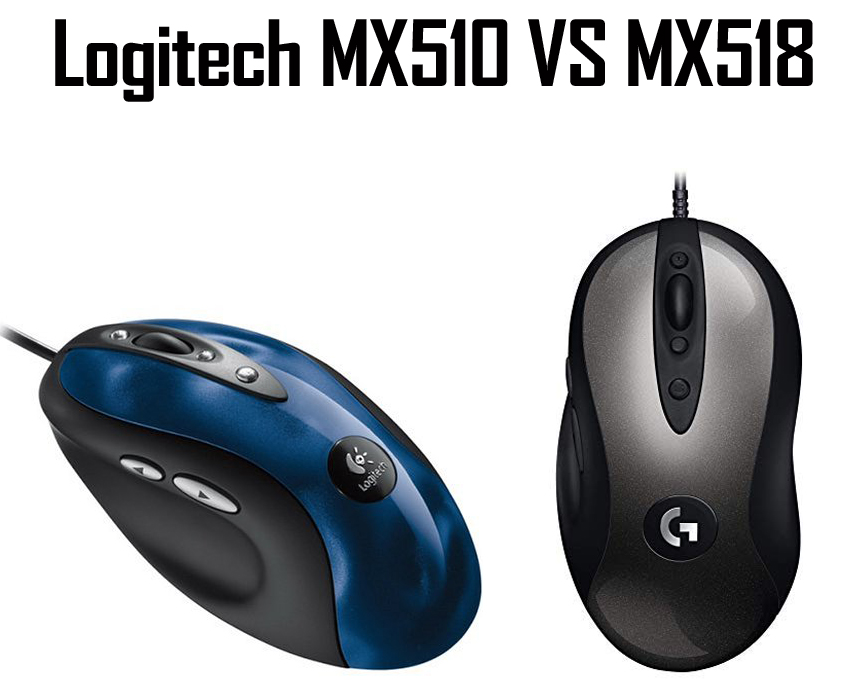 In this article, we are going to give you information about:

A standard computer will have a processing unit, the display, and then keyboard and mouse as the input tools. One of them not working properly and your task will take much longer to finish or not as enjoyable as when it was fine. For example, a worn out trackpad in your laptop will jump out of nowhere without being touched or not moving at all. Similarly, a worn out mouse will not be as responsive and it will take you a moment just to close a window. Read also: Logitech G903 vs MX Master 2S

Mouse is one of the most fragile peripherals we frequently change due to various reasons but what’s sure is they are not able to give the level of performance we want. Even those who are using the computer or laptop for common tasks such as typing and web browsing will be annoyed by a lagging mouse, moreover if your application requires fast and accurate aiming such as gaming, the mouse will be even more crucial to give the best experience and unfortunately, not all mice are designed to be so.

This is the first thing and what most manufacturers boast about if their mice are made specifically for gaming purpose. In the past we probably still debate about whether to pick optical or laser mice but today both of them are just reliable and it is more of personal preference. The difference in our opinion is mostly on the technology they use because an expensive sensor will be more accurate and last longer than its cheaper version. Additionally you can adjust their sensitivity according to the game needs.

This is our favorite part about gaming mice in general because you don’t often see it on a regular office mouse. A gaming mouse will be used prominently during the application and as you play longer, our hand will experience some fatigue hence they are made to be as comfortable as possible. The tricky part is that not all of us will have the same preference when it comes to which position is the most comfortable to our hand and in addition our hand size will most likely be different as well. 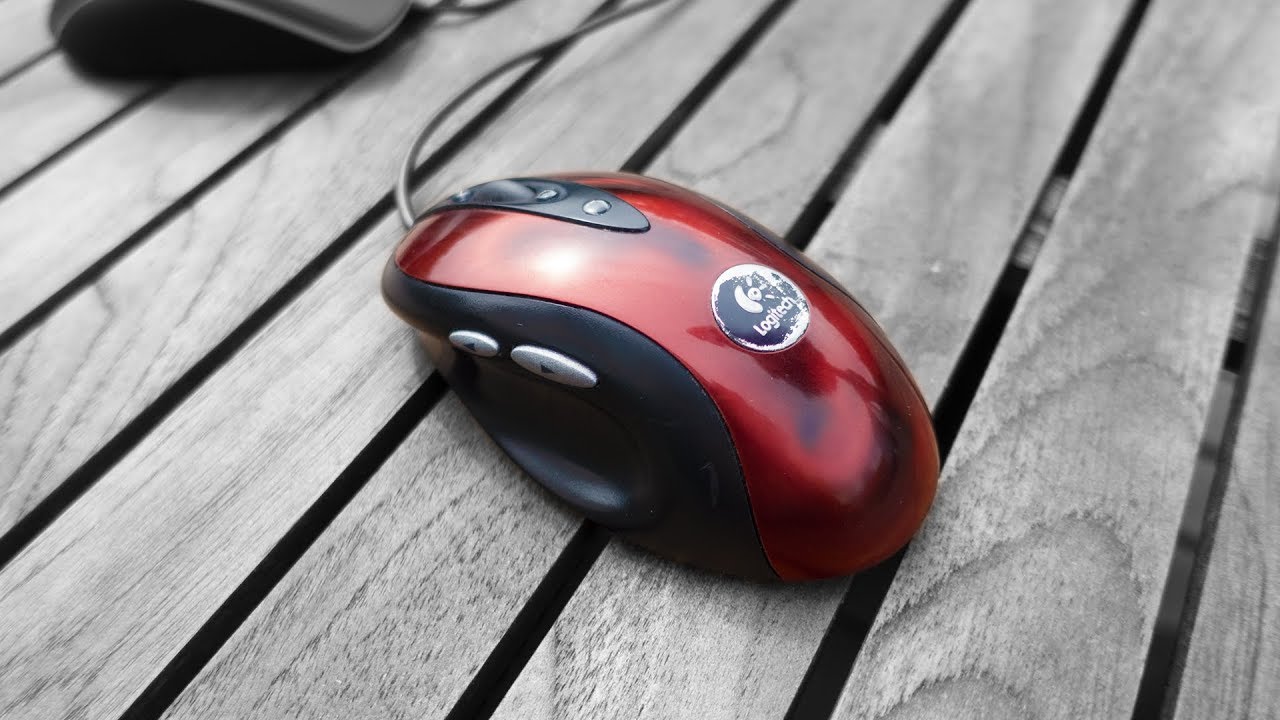 Another thing boasted by gaming mice is their feature which includes adjustable sensor and various other features. In general a gaming mouse will offer several buttons in the body to complement the basic three buttons system. Most of these buttons will be able to be programmed to access commands as you want. Some models are also offering an ability to tweak the body weight for users who prefer lighter or heavier mouse using some additional weights that we can put inside the unit.

Gaming mice sure look attractive for you who will spend quite the time playing video games on the computer but if you are only playing occasionally, we do think any office mouse we have will be sufficient. Gaming mice tend to be more expensive as well due to all the bells and whistles which is why if you are already satisfied with the regular mouse then there is no need to spend the budget. However, for those budget shoppers, there are still lots of affordable mice to consider.

When talking about gaming mice, the first brand that comes to our mind is Logitech and this is also one of the most popular brands for computer peripherals that most of our office setup use one of their mice. We also love them because they seem to always have the option for any budget you have thus, we can have the best choice ready. For gaming purpose, their range of mice are also varying widely depending on your preference.

Those who plan to spend less than $100, two of the most ideal models that will fit your budget are Logitech MX510 and MX518. These mice are very simple and while they are inexpensive, you will get a reliable performance coming out of any of them. They are not going to be as fancy as their newer brothers but the latter is actually just as reliable as most newer mice from the company which was released in recent years such as the G703.

More people who have been enjoying gaming on PC back then will be familiar with the MX510 for this one has been around since 2004 and recently Logitech re-release the MX518 last year with a new technology. What’s surprising is that the older brother is often sold at a pretty high price probably due to how long it has been around making it a bit difficult to get. One of the best qualities of older units is they last pretty long, most of us who have been using it still hold the unit today.

Aesthetic is very personal and we don’t think that Logitech MX510 and MX518 are the handsomest or prettiest mice in the market, especially those made as a hybrid of office and gaming mice which is what these two are made for. What we love from the exterior is that they have a rather symmetrical design we are used to. They have a smooth texture, a little bit wide at the base, and overall ova design with a pretty thick palm rest. 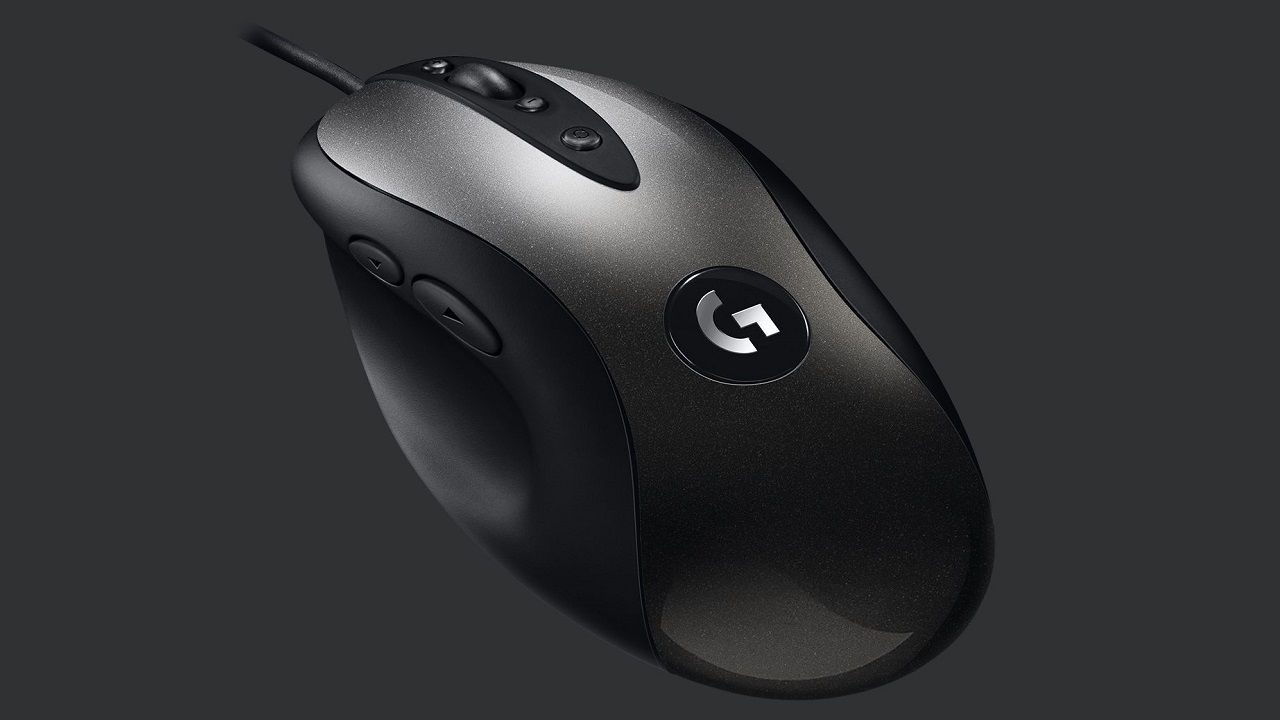 The paint on its middle makes the casing look like to have a texture but it is just an impression of the pattern and the MX510 is completely smooth. The new MX518 has calmer fashion and it has soft touch on the side as well as some design change. In measurement, these mice are pretty much standard and ideal for most users with dimensions of 5.1-inch long, 2.8-inch wide, and 1.6-inch tall while the weight is about 100 grams without the cable.

The first thing you may want to know about a gaming mouse is probably the sensor because it is such a crucial issue to have a higher DPI for most people and while this is not very important in most cases, Logitech MX510 and MX518 are both using optical sensor and as a 16 years old mouse the former is only going to offer you 800 DPI but, performance wise, this mouse is very responsive and precise while the pointer is also very fluid when the speed is set to medium.

The latter is actually first available without the new sensor but today, this model is planted with Logitech’s new HERO sensor which is boasting to capture up to 17K frames per seconds and achieving 400+ IPS across the entire 100-16K DPI range with zero smoothing, filtering or acceleration. This results in very precise operation which aims to satisfy enthusiasts and professional alike. In practice, this mouse is just as good as the claim and what’s better, it sits on your palm just as nice as the OG model in 2005.

Notice that we are talking about the newer MX518 instead of the initial model because Logitech upgrade their mice continuously over the year and today, it is getting difficult to get your hand on the older models as their newer mice are launched. However, most things stay the same in both mice and for MX510, they also have similar model called M510 wireless mouse in the catalogue but it is made for office application instead of hybrid mouse.

Moving further let’s talk about the features Logitech MX510 and MX518 will give you and here one of the best parts about these mice is their programmable buttons. As you can see there are two other buttons at the side and another three at top which you can program to do commands from the software. In the old model the two -/+ buttons were for page up and down but now it is preset as DPI shift so users can make adjustments in an instant.

If you are getting the newer mouse, this one is also coming with a memory on board to store up to 5 profiles for when you need to change settings on the fly.

The last part we want to mention is their comfort level and this is exactly the same on both models even between the old MX518 and the newer version. They have this prominent oval shape and slightly tall height which makes them ideal for palm grip users. The mice are not huge but they are indeed bulky to fit comfortably right under the palm and we do like how they feel especially with soft touch rubber. Weight wise, they are on average and very light in comparison to wireless mice.

Both of these mice are a great choice if you fancy traditional design but want something to improve the gaming experience. They were $50 back then but if you see MX510 more expensive, it is because the company probably doesn’t make the unit anymore and as it gets rare, price hike as well. The original difference back then was on sensors for MX518 upgrade some parts of MX510 but today, it is a huge improvement not only on the HERO sensor.

Now the MX518 is more capable with zero smoothing, filtering or acceleration which used to be issues on older mice like the original MX510 and MX518. In addition to design improvement especially on the sides, the new MX518 preset the buttons to be more useful.

All in all you can go with either of them but talking as it is now 2020, we do prefer to get Logitech G MX518 as the newer option because it has more reliable sensor, better design, some useful preset features as well as with the classic feeling of the original mouse.